A completely redesigned version of Scout Camera for iOS 7 was released today. While many of the changes are cosmetic – to match the distinct look of iOS 7, there are a few other nice improvements that make this a great update. 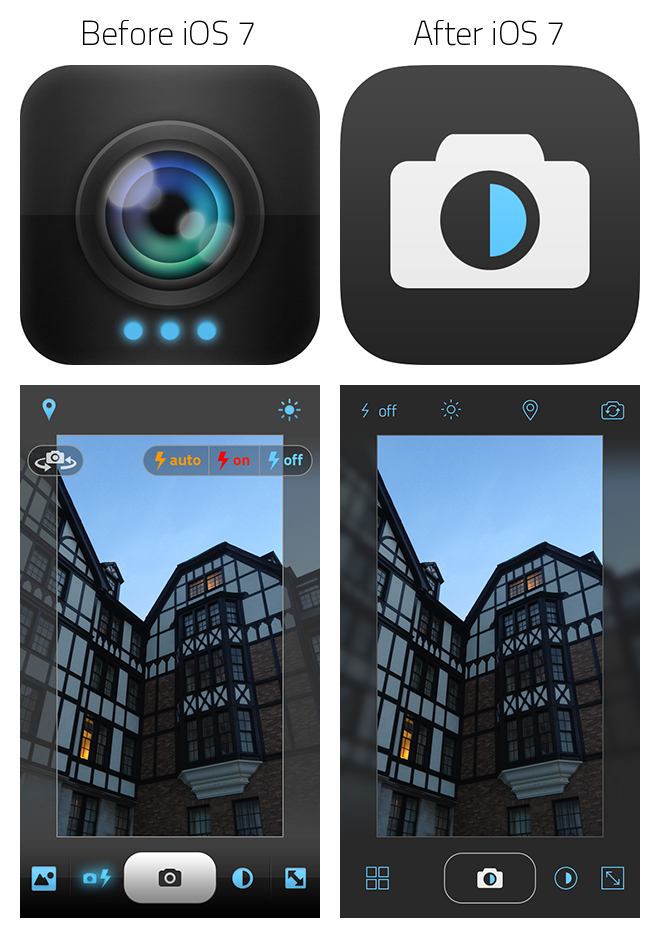 The “Pearl” and “Nora” filters behave differently though… for those, adjusting the slider down mixes the filter effect with a standard grayscale image conversion. For “Pearl”, that means a nice range between the high contrast black and white when used at full intensity – and a more standard black and white conversion. For “Nora” it gives a pleasing range of deep blue/gold to black/white tones.

That small addition to the app provides a huge array of possibilities, and I’m looking forward to seeing the great photos people take with it. On top of that, many of the filters have been improved to have a better overall look.

Other improvements to the app include:

I should mention that the app runs only on iOS 7 and up now… not a problem for most, but if you’re using an iPhone 3GS I’m afraid you’ll need to stick with the previous version of Scout Camera. Also, I’ve chosen to make it a free update rather than offer it as a new app in the App Store.

All in all, it’s a great update. If you haven’t purchased Scout Camera, I hope you’ll check it out… it’s fun to use, and might just be your new favorite camera app.