Today I’m releasing a free update to Paperless that has been completely redesigned to better fit with the overall aesthetic of iOS 7. 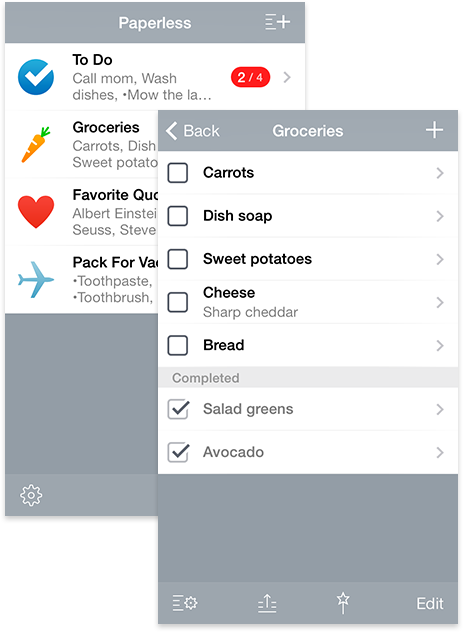 When designing this update, I could have gone a couple of different ways:

I struggled over this for a while, but ultimately opted to keep themes in order to preserve the personality that Paperless has. Themes are something that many people have said they really liked about the app, and removing them would have been a disappointment to many.

Paperless was certainly in need of some big changes though – and what I did borrow from iOS 7’s overall design was the clean flat look and thin lines. The heavy shadows and gradients in the bars at the top and bottom are gone, as are the shadows on the icons. Also, most of the user interface buttons have been made thinner, and some are completely different now in an effort to make it clearer what they are for.

There are now 30 themes available, and 24 of them are solid colors (for that clean flat look). I did keep a few of the old favorite patterned themes around though, and added a couple of new ones as well. You can see more here.

In addition to the design changes, there are some nice new features… you can now:

There are many other small improvements as well. I hope you like the update, and if you do please take a moment to rate and review the app… your support will help ensure the continued improvement of Paperless.