This guest post is the first in a series where people answer the simple question “How do you Ikiru?” – describing what they use Ikiru for, and how it helps them in their daily lives.

As a professional writer, Ikiru is the task management app I’ve been searching for. I know Ikiru is—at it’s heart—a list app, but the features added that make it the next generation of Paperless allow me to easily orchestrate over 100 writing projects a year, plus track hundreds of smaller tasks. I now spend most of my day happily working in Ikiru.

The joy of so much organized space in one place.

A great thing I find about Ikiru is that I can keep most of my work in one app now. Previously I had an app for taking notes, an app for keeping lists, an app for tracking projects. All did their job well, but none integrated in any way. In addition to all the writing projects and tasks, Ikiru keeps a list of my meeting notes (and many have a whiteboard photo attached), cheat sheets for how to use various software and a checklist for posting to social channels. If a project needs to move into another app, I add a URL or iOS URL to the note. I can tap on this link and go directly to where the project has moved. It’s a comfort have Ikiru turn into a command center for my work day.

How I organize Ikiru.

Being a very flexible lists-within-lists app, there are many ways you can organize inside Ikiru. Since I have many regularly-scheduled projects like weekly blog articles, marketing emails, brochures and eBooks, I categorized my top-level lists by project type. So the blog article list contains all articles I’m currently writing and all notes future ideas. When a project is published, I just mark it completed and it sinks down the list. The swipe is so much more gratifying than the Paperless checkbox.

How I do Ikiru’s Due.

Over the years I developed a shorthand for the status of a project, which works fine in Ikiru. If a project is in my court, I use ! followed by what I’m supposed to do next. If it’s in someone else’s court for approval, layout etc, I use @ followed by who’s court it’s in And what they need to do. It’s a handy system to know where each projects sits, my next step and who I need to bump if things get snagged. At the top of the item I add the final due date, then use Ikiru’s Due system to remind me when I have to complete the next step by.

The Due list is definitely Ikiru’s killer feature. Just tap the clock icon from the main screen and you get one simple list of what’s due today, overdue from yesterday or on the horizon for tomorrow. It helps me to stack up my day and prioritize. I do find myself forever moving due dates to tomorrow or next week. You’d think this would be a hindrance, but since I’m juggling projects, some over a year out, I find it helps me to reassign priority to what really needs it at the moment and keeps things from falling through the cracks.

Within the few short weeks that Ikiru has been out, it’s been a great stress reliever for me. Projects that were getting lost and timelines that were getting ignored, aren’t anymore. Finding projects and ideas is now much easier. And all my lists and notes are finally in one place. Ikiru has managed to merge simplicity, organization and productivity all into one nice little iPad app. It certainly makes my day go smoother.

Want to share how you use Ikiru? Send your “How do you Ikiru?” submission to feedback@crushapps.com. Submissions can be anything from a paragraph to a full page, and can include screenshots – or even a list you think others would find useful. Please specify whether you’d like your name included along with a link to your website, or if you’d like it to be posted anonymously.

It has been over 6 years since I first released Paperless on the App Store. It started off as an experiment, a simple list app mostly built for my own use, though it turned out that a lot of people besides me also found the app useful. Over time, hundreds of thousands of people have relied on Paperless to help them stay organized and keep track of all sorts of things. Some people have said it’s the most used app on their iPhone.

In addition, Paperless received high marks when reviewed by Macworld, AppShopper and others, as well as being included in Wired Magazine’s “Wired App Guide” in 2013 and promoted by Dropbox in an email to their many subscribers.

However, Paperless was the first computer program I made*, and I knew that it could be better. Over the years I’ve learned quite a bit about what people need and want in an app to help them organize their lives – but some of those things wouldn’t have fit within the existing structure of Paperless. So, a couple of years ago I started working on building a better solution.

Soon I’ll be releasing a brand new list app named “Ikiru” (ee-kee-roo) that borrows the best ideas from Paperless, further simplifies and refines them, and adds some big new features that people have been requesting for a long time.

With this new app you’ll be able to: 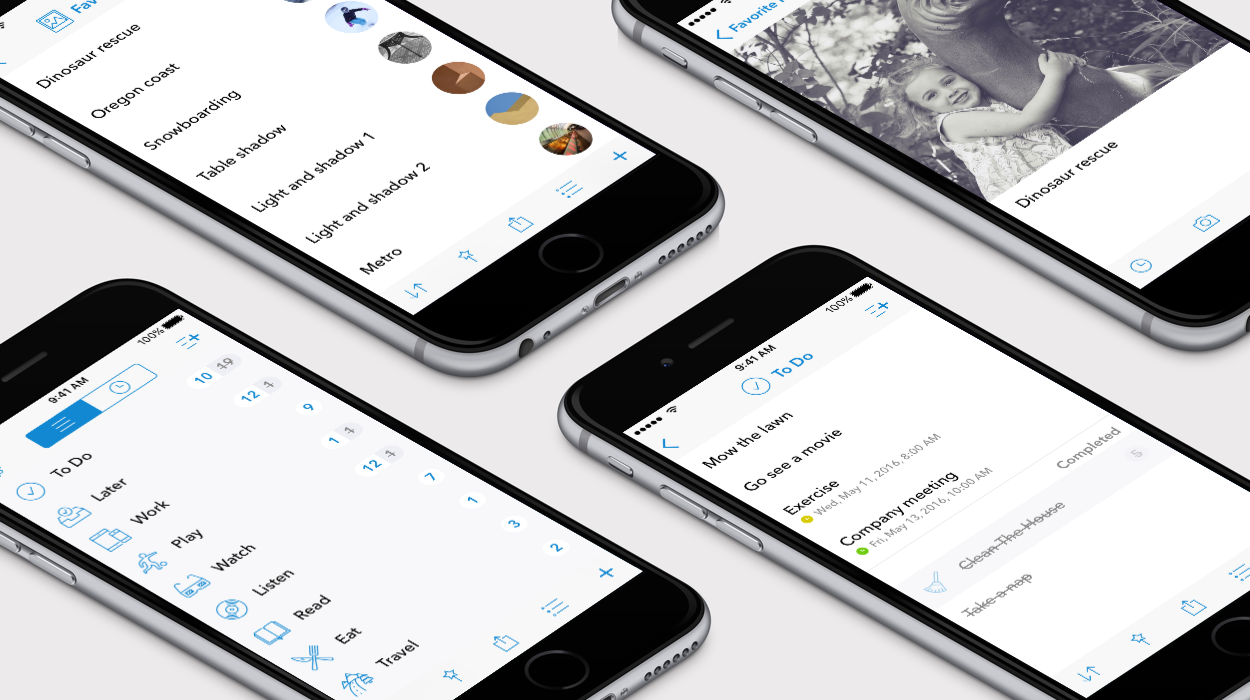 Beyond that there are a lot of subtle improvements… things you might not even notice because they “just work”.

For example, in Paperless there’s a useful feature to “Uncheck All” items for when you want to reset the list and start working from it again. However, there’s a problem… depending on what order you checked the list items off in, the items might be in a different order within the list after the “Uncheck All”. Ikiru does a better job by having list items remember their original position within a list, so no matter what order you completed items in, you can easily reset the list to its original state.

As another example, Ikiru automatically detects URLs, phone numbers, web addresses and physical addresses to turn them into tappable links. You don’t have to switch between separate “editable” and “read only/detect links” modes like in Paperless.

Ikiru also supports more recent iOS advancements like split screen on an iPad, and includes a Today extension to quickly see items with due dates – along with an Apple Watch app to do the same. 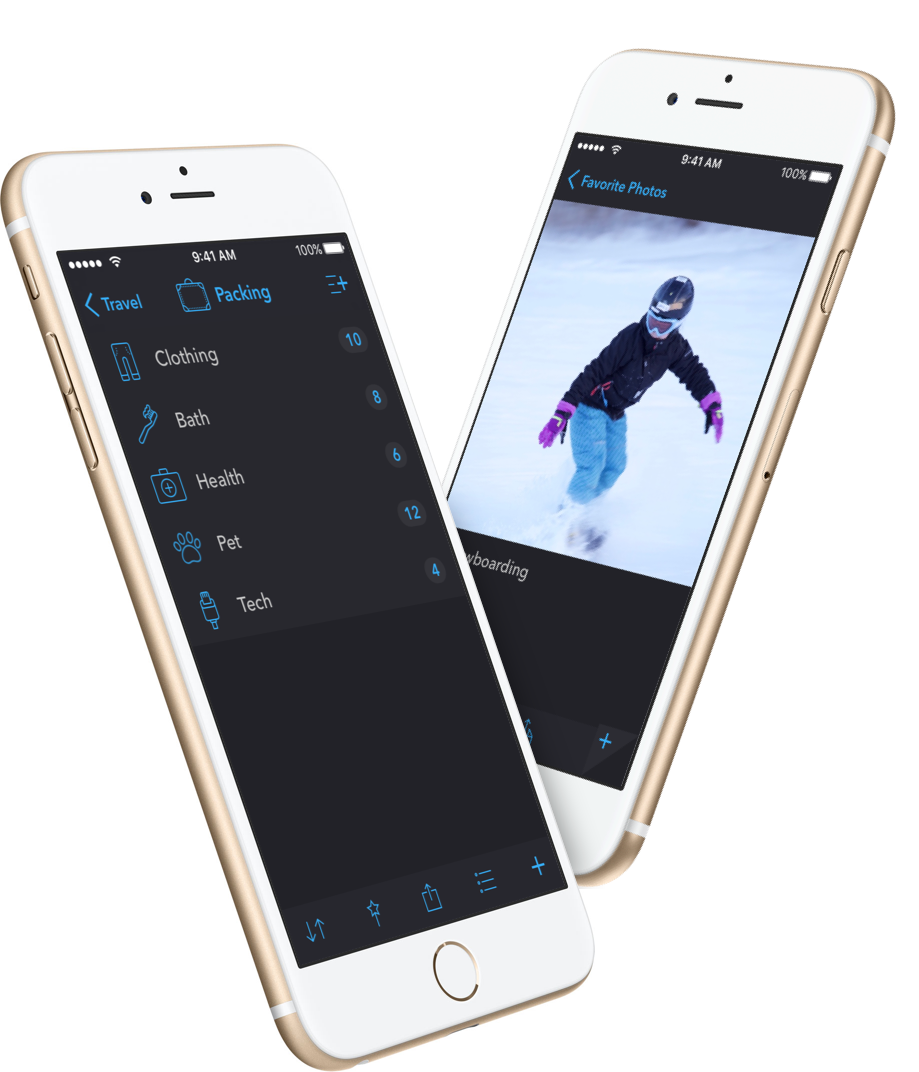 This news is sure to bring up a few questions:

“But I love Paperless! Why didn’t you just add those features to the app I already use?”

The user interface changes needed to add the new features and further simplify the app would have required huge modifications to Paperless. I decided that it would be better to build a new app, rather than rip apart Paperless and try to mold it into something different.

I also wanted to give people a choice. Many people like Paperless for what it is, and would be upset with major changes. For people who still want to use Paperless, don’t worry, it isn’t going anywhere. I plan to keep updating and supporting the app as needed for as long as people are still using it.

“What about all of my existing lists? Will I have to type those into the new app?”

No! There will be an easy way to transfer your existing lists from Paperless to Ikiru.

“Okay, I’m interested. When will this new app be available?”

Ikiru will be released on August 9th. Ikiru is now available!

Over the years I’ve received emails and app reviews from many people who have found Paperless useful, from busy moms to airplane pilots doing pre-flight checklists to people who suffered a brain injury and needed a little help remembering things. I am humbled that Paperless has been useful to so many different people. My hope is that you’ll find Ikiru even more useful, and that it will make your life just a little bit easier.

Thanks for your support!

* not counting the extremely basic Mac OS 9 app I made that was just an icon of an orc from the game Warcraft II, which when double-clicked would play a random orc sound… “zug zug!”